Death and the Drummer Boy: 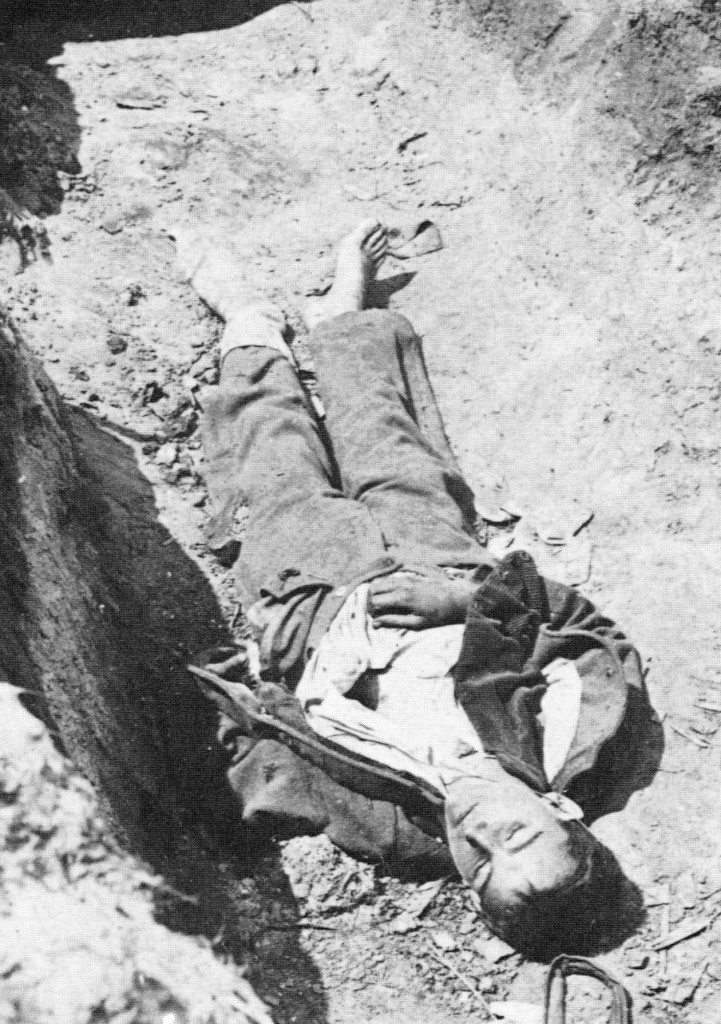 During the years of the Civil War, death and dying became an even stronger focus of interest. This had been the case before the war, when most people died at home surrounded on their deathbed by family. But during the war many families were suffering the loss of loved ones in the war, from disease as well as combat, often far from home and family. In Sean A. Scott’s work, two main focuses for comfort were put forth. The first was the religious, dying the perfect death and going to be with Jesus. Bingham’s The Little Drummer Boy argued the case for a boy who died a Christian death, an example for others, whether children of the Sunday school or soldiers in the war. Chapter 1 gave the proof that Clarence had become a Christian and gone to his eternal glory. When Clarence left for the war, his Sunday School superintendent gave him a small Bible which became an integral part of his daily life and devotions. Bingham wrote that Christians who knew Clarence believed that he became a Christian at about the time he received  that  Bible.1 Several examples of his Christian faith were shared from his prayers in the barracks witnessed by all, to his forgiveness of the friend who killed him, and his sending of his Bible to his mother, as he lay dying on the barracks floor.2

The other focus for dying the perfect death was dying for Country. Bingham wrote that, while Clarence’s mother was emphatically against the boy’s going with the regiment, his father felt that if he were killed, he would die in the cause of his country. His father felt pride and patriotism and it would be an honor for his son in afterlife to be able to say he went forth at the call of his country,at the age of twelve, to defend the country and its Constitution.3 At the funeral, Reverend Mr. Guion preached that people like Clarence “battle for freedom, and uphold the Constitution and the government, and the laws.” Reverend Mr. McClelland addressed his remarks primarily to the children as  he  spoke  of  Country  and  God  and  stated  the  congregation’s  love  for  the  boy  for  his  “noble patriotism” and “to have been a child chosen, of his God.”4 He spoke of the symbolism of the Bible given to Clarence the day he left with his regiment, the providence of the timing of the gift and its importance to the boy in life, his sending it back to his mother as he lay dying, its presence atop the coffin at his funeral service.5

From the very first primary resources death was present – in the records kept by the boys who were there to the newspaper reports and obituaries to the youth periodicals. Sixteen-year-old John A. Cockerill recorded his first battle and coming upon the corpse of a Confederate boy his own age,6  while teenage soldier Tyler Wise witnessed the death of his tent mate at his side.7  Jim Murphy in The Boys’ War shared the impact of death by example from a boy’s diary entry about the first dead he saw to another boy’s concern about dying alone being lost forever in one common grave.8

James Marten, in his book The Children of the Civil War, explored how the war affected civilian children. In his chapter on “seeing the elephant,” he argued that letters from family in the war or thrilling stories from children’s magazines or books, curiosity, or the noise of battle, drew local children to the battlefields. As evidence, he wrote about boys’ experiences as they ran to the battles in progress and watched from the side, sitting on a fence rail or lying on the ground. Whenever the action got  too close, they simply got closer to  the ground or moved to a safer spot. In one instance he wrote of Opie Read who bribed a Confederate bugler with a bottle of brandy to let him ride with him into a skirmish. He felt the bugler stiffen and fall against his back, leaned to the side, and allowed the body  to fall to  the ground. Opie then rode off the battlefield, slipped off the horse, and ran home.9

Albertus McCreary, a boy in Gettysburg, remembered he and his brothers slept on the floor in their house as it was filled with wounded soldiers for weeks. Dead bodies were everywhere and the air was filled with the stench of dead soldiers and animals.10

Drew Gilpin Faust shared her views on the impact on the nation of the enormity of death resulting from the Civil War in her book, This Republic of Suffering, Death and the American Civil War. Faust’s writing added another perspective, the impact of the stunning enormity of numbers on the nation, resulting in a whole new relationship with death. No one expected more than a brief confrontation and each side expected the other to quit. But it wasn’t to be so. The Union Army would grow to take 2.1 million soldiers and the Confederate to 880,000. By comparison, the American Army during the Revolution never numbered more than 30,000.11 As the war quickly escalated, soldiers had to be prepared to die. The nation of the mid 19th century was very religious and, Catholic or Protestant or Jew, the good death was a natural part of the culture whether in the north or the south. All prepared for death. One’s state of mind at the hour of death was who one would be in eternity. Death was to be witnessed, usually took place at home, around the deathbed, and frequently had closure with the last words of the dying. The body was mourned over, a service was had, and the body placed in the ground. The resurrection of the body on the day of judgment was also of significant importance.12

The war brought about significant challenges to the good death. Disease was a major cause of death during the war. While twice as many died from disease as from battlefield wounds, soldiers dreaded disease more than they did the battle. There was no honor in such a death. Soldiers were prepared to die on the battlefield. A Confederate chaplain reminded his soldiers, “Your business is to die.”13 Faust wrote that soldiers would rather die than kill. She quoted one soldier as stating, “I did not go to war to murder. No!” and another to have said, “My first desire should be not that I might escape death but that my death should help the cause of the right to triumph.”14 Dying far from home was difficult. Many made mutual arrangements with friends that each would care for the other should one die, to see to a proper burial, mark the grave for the family to find the body afterwards, notify family of the death and the manner of death, send personal possessions and any final words or letter home, remain present to the end and bear witness to the death.15

The deeply religious nature of dying required the act of killing. This evolved to such a degree that the intensity of death in the aftermath of battle, the carnage that littered the battlefield led men to question the sacredness of life. These scenes were not a natural disaster, but a man-made one, a matter of choice.16 The numbers were staggering. There were 3,600 casualties in twelve hours at Bull Run. At Shiloh the following spring, there were 24,000 casualties in two days. The battlefield was littered with 3,400 dead bodies. Each new campaign escalated the carnage. Gettysburg saw close to 56,000 casualties in three days. In 1864, Grant alone had 50,000 casualties in little more than a month.17 The dead had not been killed as much as they had been slaughtered. The smell of death was intense. Men wept at the sight and were sick to the stomach. But as the war continued, they became hardened to the aftermath and indifferent to the death of others.18

In the good death, the body is reverently buried so that it can rise again at the resurrection and be whole again. Spiritual understandings required a “decent” burial for each body as well as the rituals expected for the dead.19 The magnitude of the carnage made this impossible. The victorious army had possession of the field and usually buried their dead as expeditiously as possible, frequently in trenches. Bodies of the enemy were often buried by prisoners captured during the battle. Many times, bodies were buried in mass graves. On occasion, if the army was not moving any time soon, bodies might be buried in individual graves. Whenever they could, friends would bury friends and record the location of the grave for later relocation. On many occasions bodies were left on the field and wild hogs took care of them.20

Faust’s work went on to examine the problems of establishing national cemeteries and sending teams out to locate, identify, and reenter tens of thousands of Union soldiers, half of whom remained unknown. The project did not include the bodies of Confederate dead. White southern women took on the project and in turn gathered tens of thousands of Confederate dead into memorial cemeteries.

The boys who entered the Civil War encountered death before they ever made it to the front. Disease, illness, and accident were their first killers before they ever got to the war. They recorded their experiences about friends lost and their own difficulties in their letters, diaries, and journals. Deaths of these boys found their way into newspapers. In an age of religious emphasis on the good death, Sunday schools and children’s periodicals encouraged boys to always be ready to die, to become good Christians, read their Bibles, and follow the examples of the stories published in the children and youth literature and be good to their parents and others. Sean Scott theorized on the attitudes and beliefs about the good death and the patriotic death. James Marten presented the case of the civilian children of the war and their involvement on the home front. Drew Faust argued the impact of the immensity of death from the war and its impact on the national level on the soldiers who served.

Death was a significant factor as it spread its shadow over a nation at war with itself.

Wickersham, Johnnie. Boy Soldier of the Confederacy, The Memoir of Johnnie Wickersham.

Davis, James A. “Union Musicians and the Medal of Honor During the American Civil War.” College Music Symposium vol. 54, July 8 2014.

Goodrich, Charles A. History of the United States of America; for the Use of Schools. Boston: Brewer and Tillston, 1876.

McCabe, James D. The Centennial History of the United States. From the Discovery of the American Continent to the Close of the First Century of American Independence. Philadelphia: The National Publishing Company, 1874.

Styple, William B. The Little Bugler, The True Story of a Twelve-Year-Old Boy in the Civil War.