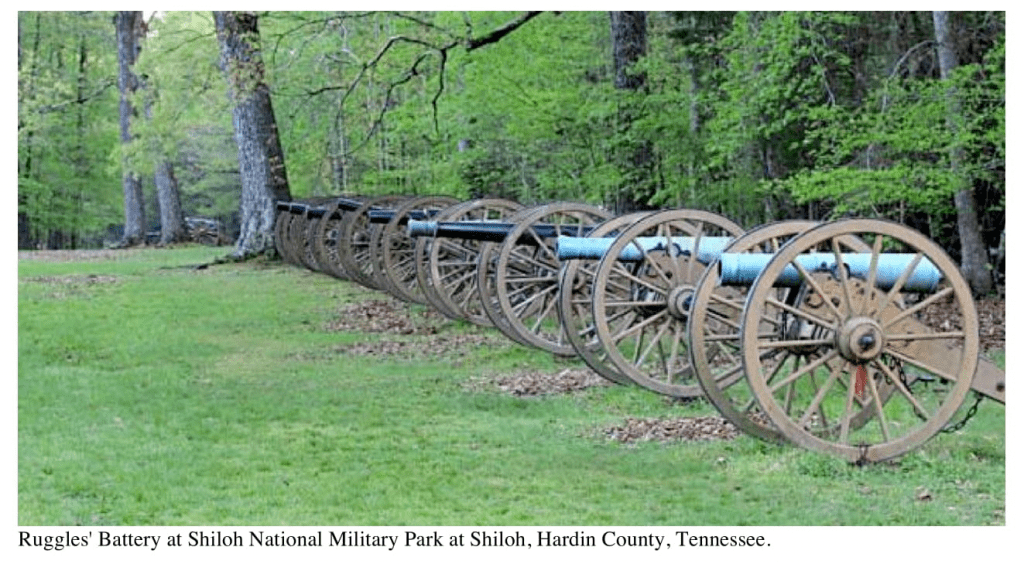 The Battle of Shiloh was one of the bloodiest skirmishes in an already vicious American Civil War. In its aftermath, came strange tales of an eerie blue glow that came from the wounded men which later historians dismissed as a myth. It took two teenaged sleuths to prove that it happened and also to explain how. In 1862, Union troops under Major General Ulysses S. Grant had traveled on the Tennessee River deep into the state. By spring, they had established a camp at Shiloh on the River’s west bank waiting for reinforcements.

On April 6, Confederate troops under Generals Albert Sidney Johnston and Pierre G. T. Beauregard launched an attack despite having fewer numbers. They had 40,335 men to Grant’s estimated 63,000. Nevertheless, they knew the territory well and counted on the element of surprise.

Their goal was to push the Union troops away from the River and toward the west – into the swamplands of Owl Creek. There they would become bogged down and be slaughtered more easily. They could then turn their attention to the oncoming reinforcements led by Union General Buell of the Army of the Ohio. Unfortunately, they had counted wrong.

In the confusion of battle, the Union soldiers did not obligingly turn west. Instead, they retreated northeast toward Pittsburg Landing. The Union artillery there bought them the time they needed to regroup and then hold their ground. 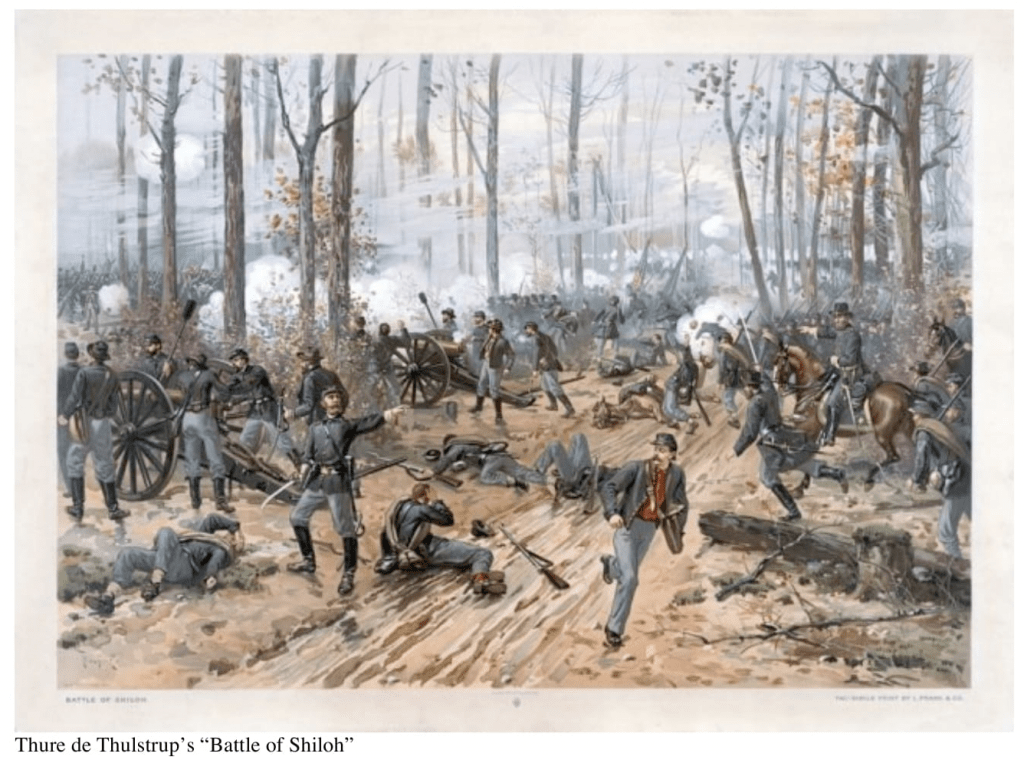 Another Union division camped further north joined the skirmish later that evening. Buell’s three divisions arrived earlier than expected. Put together; it changed the course of the battle in the Union’s favor.

Johnston died in the fighting, as did some 1,728 of his men. Having lost the initiative, Beauregard retreated to fight another day. What was left behind, however, was horrific.

1,754 Union soldiers were killed. The official tally for the wounded stands at 8,408. Another 8,012 wounded Confederate soldiers lay strewn on the blood-soaked field. There were captured and missing on each side.

The surprise Confederate attack also left the medics of both sides completely unprepared. Given the technology, logistics, and state of medical care at the time, a few doctors with primitive equipment could not treat over 16,000 wounded soldiers at once. 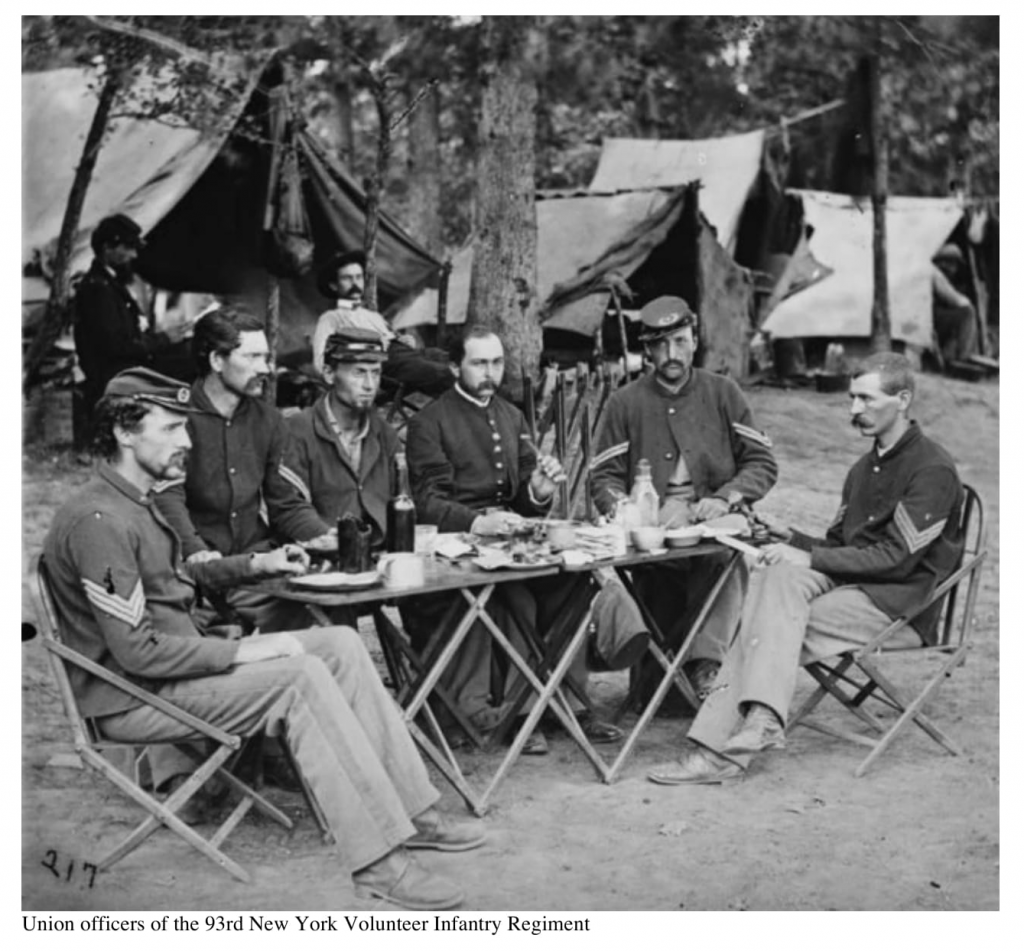 For the next two days and nights, the wounded of both sides lay untended on the muddy ground. It rained continuously. As a result, not all who died did so during the battle. Many died as they waited in vain for help.

When darkness fell on the third day, a strange thing happened. A mysterious blue glow appeared from the open wounds of the men strewn about, but not from all of them.

Over the next few days, the survivors were brought into medical tents and cared for. Then they discovered another unusual thing. The wounds that glowed healed much faster and more cleanly than the ones that did not. Those soldiers also had a much higher survival rate than the men who remained disappointingly unilluminated.

Obviously, there was something supernatural going on. It was concluded angels must be responsible, and it became known as Angel’s Glow.

Despite the stories and records of the event, it was dismissed by historians. Many suggested that given the traumatic nature of the fight, people resorted to superstition as a psychological coping mechanism. Some records of the battle do not mention Angel’s Glow.

In 2001 Phyllis Martin, a microbiologist with the USDA Agricultural Research Service, wasconducting research on bacteria with the catchy name of Photorhabdus luminescens.

They live in the guts of parasitic worms called nematodes in a symbiotic fashion. Nematodes eat insect larvae found in soil and on plants the way Sigourney Weaver’s Aliens did. They burrow into insect bodies and live in their blood vessels. 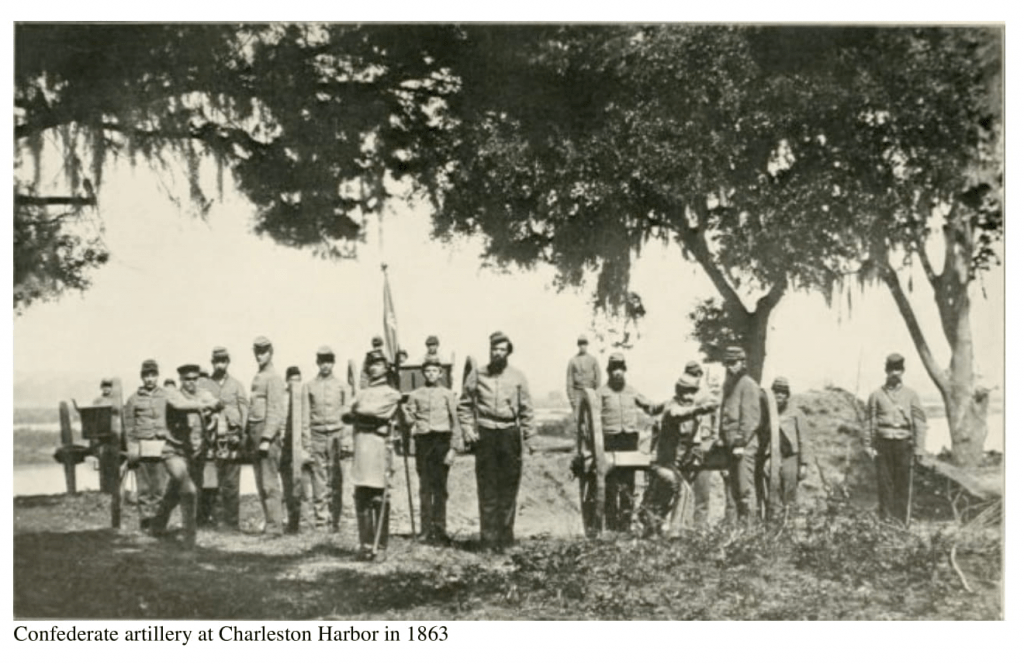 Once there, they puke up P. luminescens. This bacteria emits chemicals which kill the insect host, as well as all other microorganisms in the insect. As its name, luminescens implies; it glows. More specifically, it emits a soft, blue light.

When the insect has finally been hollowed out, the nematode starts eating its own vomit, the P. luminescens. It then moves to another host to start the whole process all over again.

Any P. luminescens left behind attracts other insects to the area. Why, is not clear, but it could have something to do with how some insects are drawn to light. P. luminescens and the nematode, are attracting other victims.

At that time Dr. Martin had a 17-year-old son named Bill who was a history buff. When they visited Shiloh, Bill learned about Angel’s Glow and wondered if there was a connection.

He and his friend, Jon Curtis, began experimenting. P. luminescens certainly explained why the men who had it recovered faster as the parasites were disinfecting their wounds. However, P. luminescens cannot survive normal human body temperatures. We are far too warm for them. The answer lay in the historical records and the climate.

Aprils in Tennessee are cold. We also know that it rained for several days after the battle. As a result, the soldiers who lay in the mud suffered from hypothermia. P. luminescens can survive in a human body undergoing low body temperature.

Those soldiers owed their lives not to angels, but to insect-eating parasites. Strange, but true; and amazing if somewhat gross.