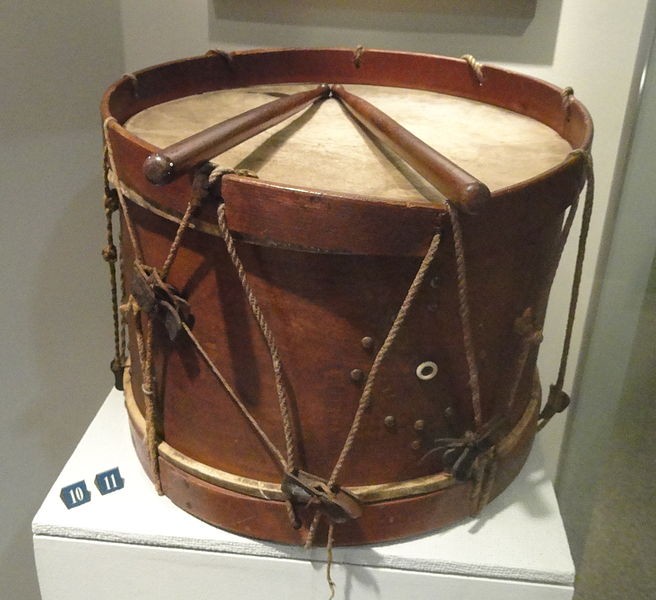 Felix Voltz was 18 years old (possibly younger) when he ran away from home on January 30, 1865 to enlist (to his family’s dismay). He mustered out with the company on July 1, 1865, at Arlington Heights, Virginia, and served as a drummer in the 187th Regiment, New York Volunteer Infantry for five months.

Felix wrote letters to his family in Elmira, New York, which describes the rigors of Union Army life from February through June 1865. The letters are held in the Special Collections Department of the University Libraries at Virginia Tech. http://spec.lib.vt.edu/

Some of the battles that Felix Voltz might have participated in were Hatcher’s Run, White Oak Ridge, Five Forks and the Fall of Petersburg. He may have been at Lee’s surrender at Appomattox Court House.

Below is a letter written by one of Felix’s brother’s to another. It recounts Felix’s flight from home and includes Felix’s goodbye note.

In my last I told you I would tell you more but little did I think that I would have to Inform you of what has transfered this week. John it is almost beyond Expreesion what a Sad feeling prevail at the House and what a week of Sadness the week has been for our Family. Brother Felix has caused all the Sad feeling through his Headstrongness. John I will commence and give you the purticulars. last Sunday a week ago today we were all at home as usual we were all getting ready to go to church with the Exception of Brother Felix I seeing that his aim was not to go to Church so I gave him a Blowing and tryed to start him to Church but he was on unusual lenght of time dressing him so I gave him a good Blowing

and finally he managed to get his coat on and Started off of house we all supposed he was going to church but nobody see him to church. we all came home to dinner but no Felix. we were all again to Supper but nobody had seen Felix we all began to feel uneasy and the Foalks were asking me what trouble I had with Felix and of course I told them that I tryed to start him to church of course you can Emmaggind how Mother feld and how she talked: Felix did not come home untill 10 ock when he came he went to bed. Christ asked him where he was he told him if he wanted to know he should find out. that was all that was said to him Sunday Evening when he came home. Monday morning I got up to dellifer the milk as usual and when I came home I found Felix up and Setting by the Stove. So off I gave him a Blowing for conducting himself in such a shap and putting the whole house in such an

uprore I told him I would Brake his head if he put the house in such a shape again and in general I gave him a good Blowing instead of a Blowing he deserved a good Whipping. but he did not listen to a great many words and put on his Coat and Started for down Town. but he fetched up at the End of his Journey before night. he went and looked for some Recruting Offices and he fond them very numerius the last one of all he found at the Arcade Buildings and there the Bounty Brockers bythe name of Weaver took him to the Provost Marchalls Office where he was sworn in U.S. Service for one Years in the 187th Regt N.Y. Vols. it is the old 65th N.Y. now called the 187th. Felix left the house Monday morning and we did not know what had become of him untill the letter carrier brought us a letter Wednesday Evening from Felix I will give you the details of the letter

Felix letter Just as he wrote it

Dear Parents and Sister Barbara
I thought I would write a few lines to you about my new situation I left home on Monday morning went down town and there I got in amongst some Recruting Officers and last one was in the Arcade Building is is the first one on the left hand side as you go in on Washington St. the Recruting Officers name is Weber and he enlisted me for one Year in the 187th Regh N.Y. Vols or the old 65th Regh and the place that I am in Fort Porter in Berigs one the best name is to call it Pig Pen and we are locked Just like Prisoners. and I would like to have you all come out and see me because I cant get no chance to get out and I want some little things fore use what a Soldier uses we cant get it ourselfs. the only thing we can do is sent some of the guard out and they cheat you out of half of your money No more news at present I wish you could come before I leave I expect to leave this week yet

John me and Sister went out to the Fort and found him. Thursday morning we found him in the Uniform of Unkle Sams Sister had an interview with him. he told her that he did not blame any body he says it is his own doings. he requested her to bring him something to Eat. he says he can not eat this slopp that they get to Eat. he also requested her to bring him some other nessesarys so Sister got what Articals he wanted and we went out again Friday morning and gave him the articals I see him myself Friday and tell you he regrets what he has done. Tears cam in his eyes when we left. at the presant writing Sister started for the Fort to bring him some Eatables. John Felix has attemped it 4 times but this time he has accomplished he views but he supposed he was doing us an InJury but no he is InJuring himself and not his

Parents nor his Brothers nor his Sisters. I will tell you what has Troubled him for some time he has got sick of his Trade he was going to quit some time ago but the foalks would not let him. John you can see by his writing that he regreeted it very much already by monday when he wrote the letter. Sister has Just come Back from the Fort she has seen him he told her that he Expected to leave tomorrow for Elmira. John I gave him your address and told him to write to you if he wrtis to you you give him all the advise you ca and try to cheer him up. John there is a great many of your Rgh here at presant we see one at Church to day his name is Glever. how much pleased we would be to see you home again I will close now Respects from a great many aquantences and Love from all us at home write soon

The History behind Blake’s Story

Letters from the Front Line (Part I)