[Quarryville, Pennsylvania, September 2021] The Civil War Labor Day Weekend encampment, hosted at the Robert Fulton Birthplace Museum and Gardens by the SOLANCO Historical Society, was once again, a premier success. As always, the success is due to the dozens of dedicated participants who bring the history to life by coming together to present the encampment program to the visiting public. Because this year’s date was a change brought upon by the pandemic, several who have participated in the annual late June program were unable to make it. Even so, more than seven dozen participants brought the event to life. 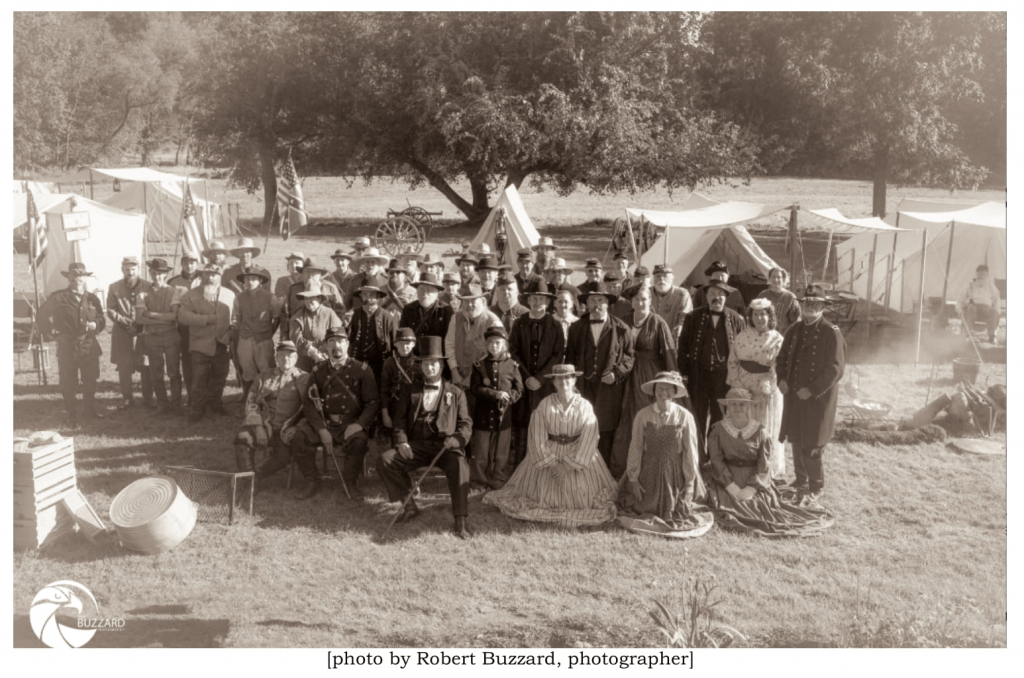 The majority of participants were captured in this first time group photo, taken late in the day on Saturday. Missing from the photo were over a dozen folks who had to leave before those present could be gathered together and Mike Hess, the proprietor of the food vendor, Old Iron Grill and his staff.

Over the course of the weekend a few hundred visitors toured the camps on Friday afternoon during setup and on Sunday, a day somewhat abbreviated by the weather and downsized program due to commitments some had to leave for. Saturday saw nearly a thousand visitors pass through the camps. A large number of home school families visited throughout the weekend, helped in part by the sharing of information by CHAP, the Christian Homeschool Association of Pennsylvania [www.chaponline.com] Others credited articles in the Lancaster Newspaper [LPN] on Friday and again on Sunday, and the many local weeklies of Engle Press as well as social media sharing and postings on various community bulletin boards, including those in libraries and businesses. 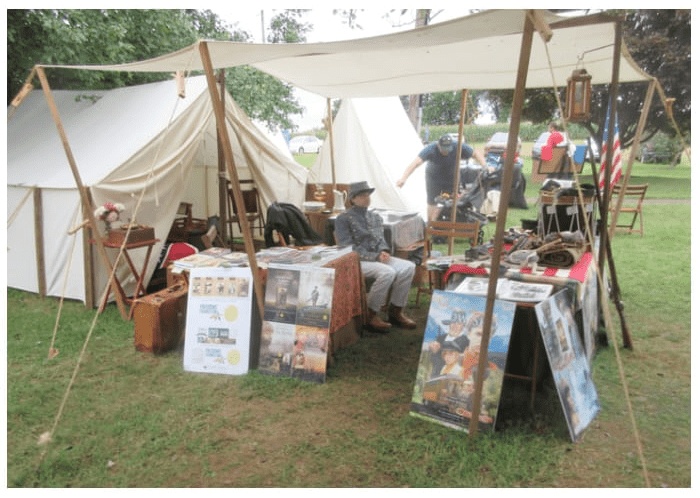 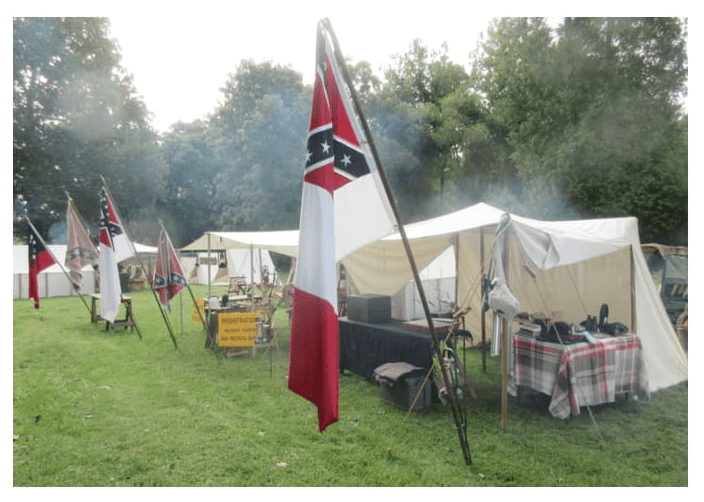 Friday was the primary setup day with the Old Iron Grill set up and serving visitors and participants by mid day. 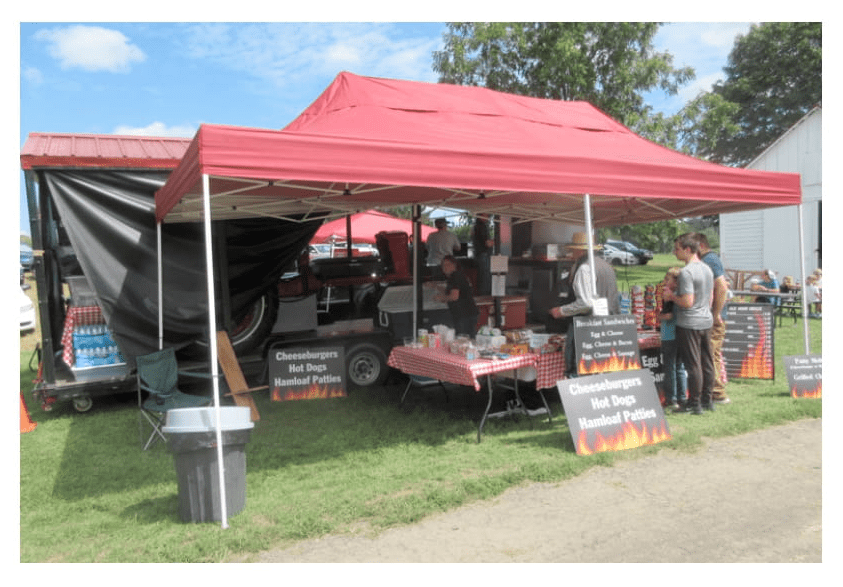 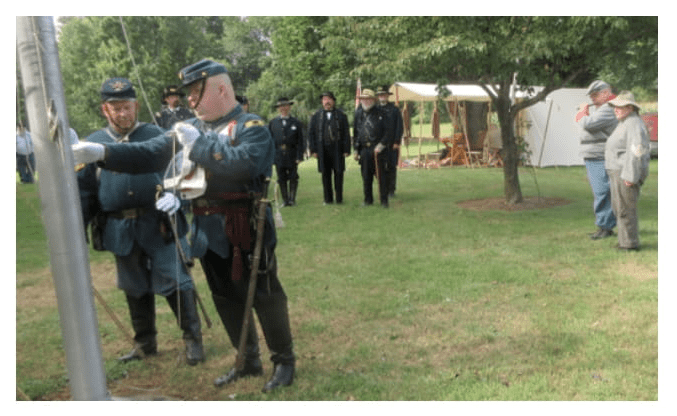 The event opened on Saturday at 10 AM with the raising of the colors accompanied fifer, Bill Yeager, and singer, Kim Carmine, playing “To the Colors” and both playing and singing the “Star Spangled Banner.” It was a spectacular start to a spectacular day.

The news articles encouraged visitors to prioritize Saturday as that was the day most could attend. Author/historian Bruce Mowday was located on the front walk and shared the history with visitors as he sold and signed his books. The Invalid Corps with Walter Bosch and Tucker Steinmetz was camped along the walkway as well. Featured was the “language of the fan” along with many other artifacts available for a donation to the corps. Joel Moore’s headquarters was set up behind their tents. 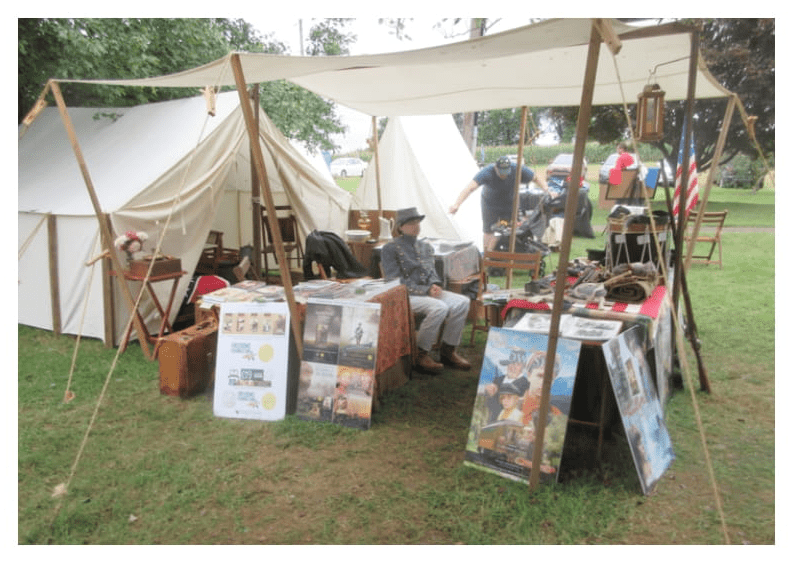 The upper lawn was the location of the Living history camp with various Union generals, a Confederate soldier, the Patriot Daughters of Lancaster, the camp of the 110th Pennsylvania Infantry Co. H, and the sitdown area where visitors could meet the President and his generals once in the morning and again in the afternoon, each day. President Lincoln and his sons, Captain Robert and Tad, wandered the camps and stopped to visit with any they encountered, spending time with General Grant and staff at General Sheridan’s headquarters.

Visitors to the military camps got to witness camp life as well as meet collectors and molders, and partake in various history lessons.

Each afternoon visitors watched a reenactment skirmish on the battlefield beside the military camps. [photos courtesy of Bob Buzzard, photographer – edited screen shots]. 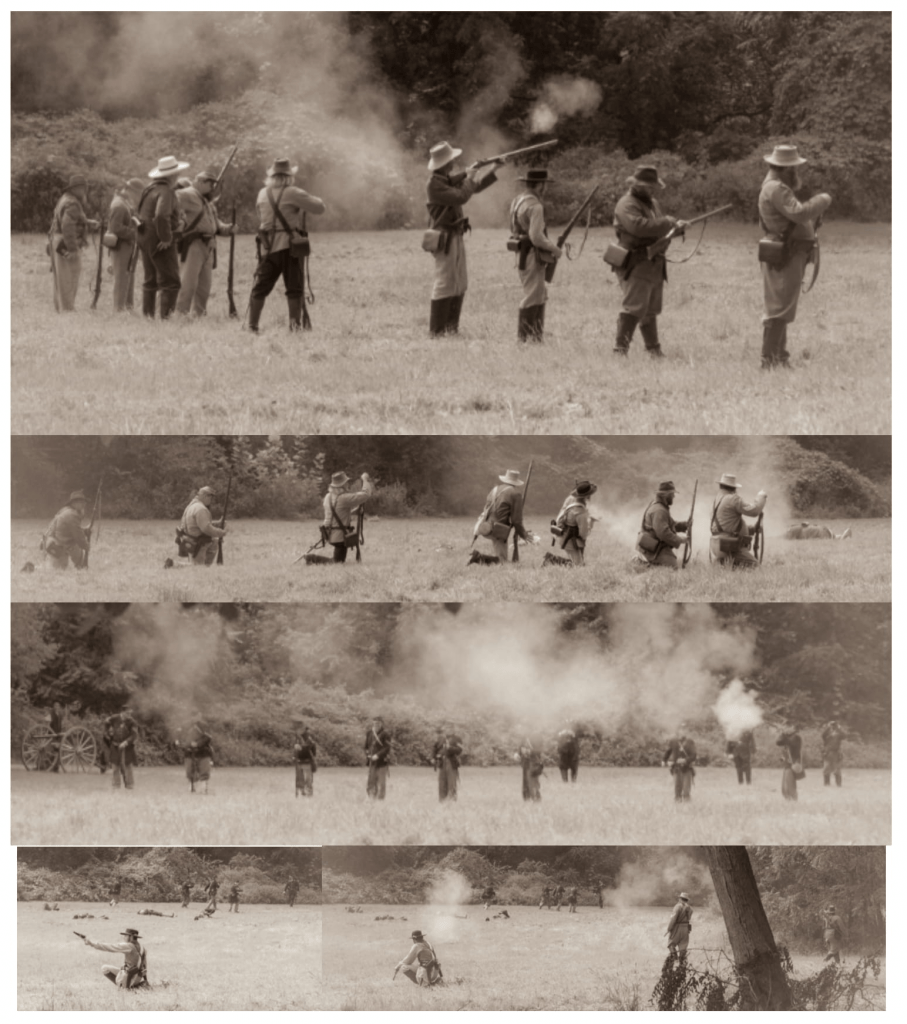