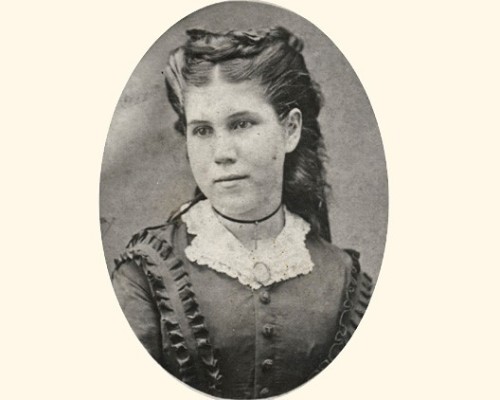 The following extracts are taken from the diary of Carrie Berry, a 10 year old girl from Atlanta.

We can hear the canons and muskets very plane, but the shells we dread. One has busted under the dining room which frightened us very much. One passed through the smokehouse and a piece hit the top of the house and fell through…. We stay very close to the cellar when they are shelling.

Aug, 4 The shells have been flying all day and we have stayed in the cellar. Mama put me [to work] on some stockings this morning and I will try to finish them before school commences.

Aug 5. I know all the morning. In the evening we had to run to Auntie’s to get in the cellar. We did not feel safe in our cellar, they fell so thick and fast.

Aug. 9. We have had to stay in the cellar all day the shells have been falling so thick around the house. Two have fallen in the garden, but none of us were hurt….

Aug. 11. Mama has ben very busy to day and I have been trying to help her all I could. We had to go to the cellar often out of the shells. How I wish the federals would quit shelling us so we could get out and get some fresh air.

Aug. 14. We had shells in abundance last night. We expected every one would come through and hurt some of us but to our joy nothing on the lot was hurt…. I dislike to stay in the cellar so close but our soldiers have to stay in ditches.

Aug. 22. I got up this morning and helped Mama pack up to move. We were glad to get our of our small cellar. We have a nice large cellar here where we can run as much as we please and enjoy it. Mama says that we make so much noise that she can’t here the shells.

Aug. 23. We feel very comfortable since we have moved but Mama is fretted to death all the time for fear of fire. There is a fire in town nearly every day. I get so tired of being housed up all the time. The shells get worse and worse every day. O that something would stop them!

[September 2, 1864] Everyone has been trying to get all they could before the Federals came in the morning. They have been running with saques of meat, salt and tobacco. They did act rediculous breaking open stores and robbing them. About twelve o’clock there were a few Federals came…. In about an hour the cavalry came…. We were all frightened. We were afraid they were going to treat us badly. It was not long till the Infantry came in. They were orderly and behaved very well. I think I shall like the Yankees very well.

[Sept 10] Everyone I see seems sad. The citizens all think it is the most cruel thing to drive us from our home, but I think it would be so funny to move. Mama seems so troubled and she can’t do any thing. Papa says he don’t know where on earth to go.

[Nov. 16] Oh what a night we had. They came burning the store house and about night it looked like the whole town was on fire. We all set up all night. If we had not sat up our house would have been burnt for the fire was very near and the soldiers were going around setting houses on fire where they were not watched. They behaved very badly. They all left town about one o’clock this evening and we were glad when they left for nobody knows what we have suffered since they came in.

[August 1864] I was ten-years-old today. I did not have a cake. Times are too hard…. I hope that by my next birthday, we will have peace in our land.

The History of the Boys of the American Civil War