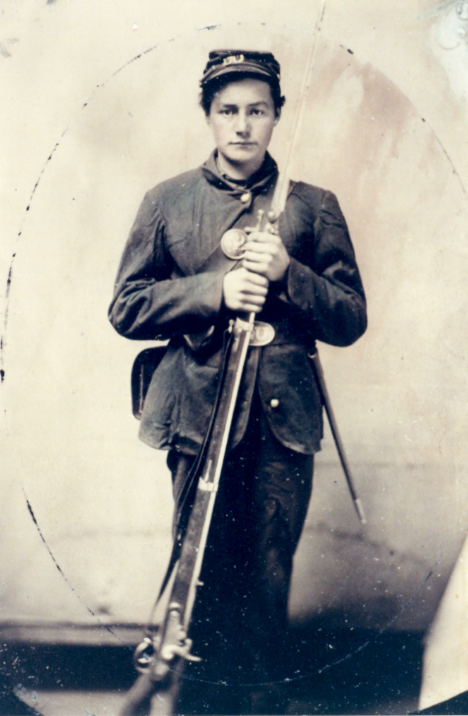 Born around 1847 in Millwood, Guernsey County, Ohio, Thomas Vance enlisted in the Union Army in the 69th OVI Company I in 1862. Lying about his age to get in the army, Thomas served throughout the war and mustered-out on 19 Apr 1865 at Goldsboro, North Carolina. He was only 15 years old when he enlisted.

According to the 1850 Census he had two sisters, Mary A. and Sarah E. and two brothers, James and Asa. His parents, Thomas and Anne Vance, had a farm in Millwood.

When his parents found out that he ran away and enlisted they were horrified. They filed a suit against the local sheriff for “hijacking” their boy into uniform, however, nothing came of the suit and Thomas served his entire enlistment honorably.

After the war, in 1872 he became a Protestant Minister and in 1879 he married Melvina Elam, eventually having a family of 5 children and settling in Santa Ana, California. He was admitted to the Home for Disabled Volunteer Soldiers in Sawtelle, California at the age of 83 on May 24, 1930 and died sometime later. He was buried in Fairhaven Cemetery, Santa Ana, California.

Nine letters that Thomas wrote during the Civil War were preserved and sent to Bowling Green State University. The letters dating between April 8, 1862 and April 3, 1864 were written to the Vance family by Thomas while he was serving with Company I, 69th Ohio Volunteer Infantry. During this period, the 69th saw action at Gallatin against Morgan (mentioned in the letter of September 5, 1862) and in such battles as Stones River at Murfreesboro, Tennessee (referred to in the letters of December 15, 1862 and January 8, 1863), Chickamauga (the 69th was primarily employed as a train guard during battle as mentioned in the letter of September 28, 1863, written at Chattanooga after the battle), and was involved in the Atlanta campaign during the period after the letters.

As you can see after reading his letters, Thomas grew and matured during his time in the army. His style of writing started out in 1862 with no capitalization and just short little “sentences”. By the last letter in 1864, while his spelling and punctuation were still erratic, his comments were more astute and his style smoother.

dear sisters,
it is with pleasure that i take my pen in hand to let you know how i am a gitting along. i am well hoping these fiew lines will reach you all enjoying the same. i wrote the next day after we landed here wednesday. we are in camp in major luis about a mile from town. i expect that we will stay here to guard the town of nashvill tenisee. it is a nice country here. i like it first rate. i like souldering beter here here than i did in camp chase. it is a nicer place. the trees and grass is nice and green. there is plenty of cecesh around here and negrs. there is 50 slaves on the farm that we are on. there is a regiment of morgans cecesh some where around here. that is the report. there has ben some prisoners taken about the time that we came here. there is some around here through the woods spying. the 74 is in camp here to. i want you to write how times is and about all the news. we cant git no papers here but the nashvill papers. there is no news in them. i want you to write whither you have heard from martin vore and the rest of the souldiers and how that them is a gitting along that went to the goldmines. there was a man shot him self yesterday in the 74th. he was a blowing in it and was aplaying with the lock with his foot. i couldent get my likeness at camp chase. i will git it here if I can and send it home.

i must bring my scribling to a close for the presant. give my best respects to all inquiring friends. still remaining your true brother
write soon
So good by
direct to Nashvill Tenissee in care of Captain Heslip, Co. I, 69th regiment, O.V.I.U.S.A.

The American Civil War from a Different Perspective Part 1