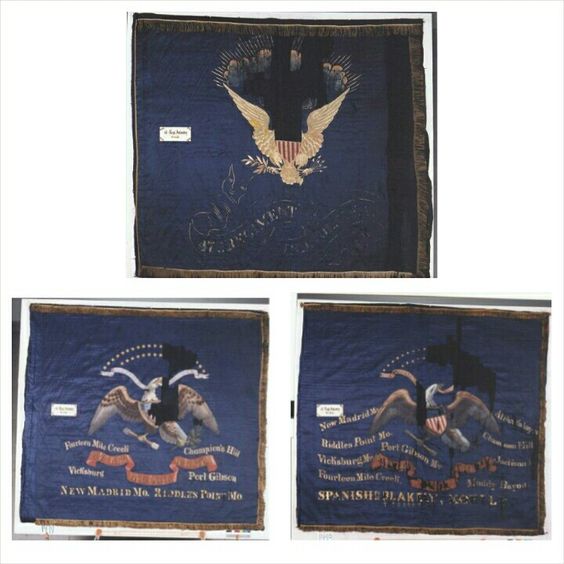 Once more I have the pleasure of writing you a few lines as it has been several weeks since I have written and I believe the first time since the capture of Mobile. I dont suppose that I can give you any news but will tell that I am still in the land of the living and one among the heartyest of them.

This is another Sabbath morning, a beautiful day, and a day of Thanksgiving and Prayer which was set apart by Major General Canby

in this department to be kept holy, no work of any kind to be done, but as our company is all out on picket but me and is a very lonesome time for me, I thought it my duty to write a few lines to my beloved sister and I thought it was as good a way as I could do to wile [while] away an hour or so of this weary camp life, but Sister I think this thing of “war” is about done in this once hapy country.

Soon we shall have peace once more restored to our hapy land, all will be united again, Slavery crushed from out the land and then “we” poor soldiers shall come home and enjoy the sweet comforts of home; and friends. This I hope will come this summer, which every soldier expects.

We have been getting good news for some time about the capture of so many prisoners and old Lee and his whole army, Mobile and vicinity. Yesterday old Rebel Dick Taylor came into Mobile and surrendered up his army. Had about 5,000 men, they say. I have saw them. Yet everything has been cheering but among all the good news we received some bad news about the death of Abe Lincoln, but at least the Rebs has not gained anything by that. I think that Andrew Johnson will kill every leader of the confederacy which ought to be done. The rebles has no army on the East side of the Mississippi but the reble General Johnson and he has but a small force, nothing to compare with his opposition, but there is a few rebles west of the river but they can do no harm where they are. A few days ago there was a reble gunboat came out of the mouth of red river with our collors [colors] floating at half mast in honor of the president’s death and all her crue [crew] on deck dressed in blue. Playing the opossum on us, run down the Miss, river almost like lightening. Went down just below the city of New Orleans and then hoisted their reble collors. Thought she was away from all the Yankees but awfully mistaken. She was captured somewhere close to the mouth of the Miss, river. Didn’t get away at all.20

Well for something else, this morning we mustered for one year’s pay. Just 12 months’ pay due us today but not getting it. The talk is now that we are to get 10 months’ pay on Tuesday but I dont know whether we will or not, but the paymaster is in the city sure now with plenty of money. We have almost forgotten what pay is for we have not got any for some time. Well I will close for the present. Well as usual. Write soon. Excuse this paper Anna for I have but little and must be saving till the pay comes.

From your affectionate brother.21

to yours I received yesterday evening and I now sit down to answer it. We i have been payed off about a week ago yesterday and I have already told some of the folks that I have sent home 175 dollars and will probably send 25 dollars more in the course of two weeks. …

We got orders a day or two ago to draw an extra pair of shoes to each man and one suit of other cloths. Some of the boys thinks we are going to Texas but I dont think we will now for I think the rebles will surrender before we get there and so ends the war. There is nothing for us to do on this side of the river now. I think we will be at home before the first of September at least I hope so—

Well, Anna: Something else. I cannot write much this time but will give you what I have to say.

We have a beautiful camp here on the top of a nice hill and the beautifulest springs here that I ever saw, more springs than can be counted and some of them the largest that I ever saw. They roll out as large as a quart cup in streams and we have got shades put up all over camp and the pretiest camp we ever had and if it would close the war by staying here I would love to stay here till the war is over.

Well, now I have given you a good description of our camp and I have nothing more of Importance to write this time. Mr. Paul and Benton is well and so is Mr. Cope and I would ask you and Mary to say more about Mr. Cope’s folks for he comes to me everytime the mail comes and ask me if I got a letter from home and how his folks is. I always tell him or let him read the letters when you say anything about them.

So no more at present. Excuse this short letter. I will try and do better next time. Write soon as possible.