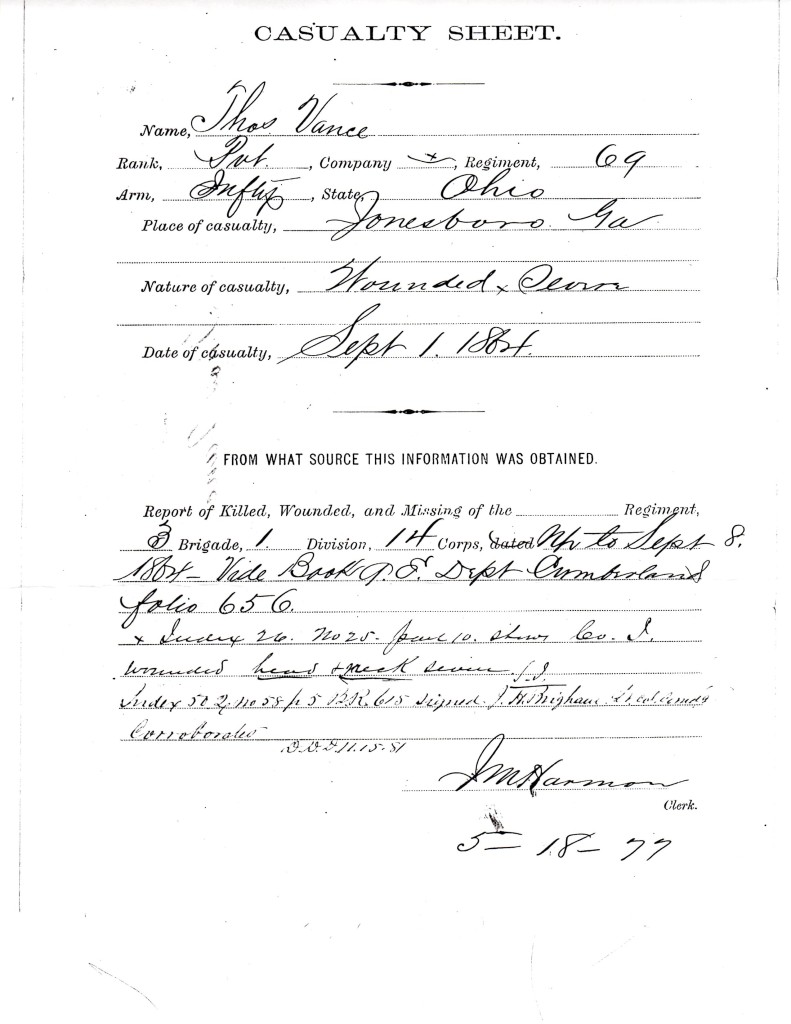 Nine letters that Thomas wrote during the Civil War were preserved and sent to Bowling Green State University. The letters dating between April 8, 1862 and April 3, 1864 were written to the Vance family by Thomas while he was serving with Company I, 69th Ohio Volunteer Infantry.

it is with pleasure that i once more take my pen in hand to let you know that i am well hoping that these fiew lines may reach you all enjoying good health. i have been well. i hant heard from home for about 3 months. i have wrote some not mutch. i did not expect that you would git them. we have been at nashvill all the time. the boys is all well and hearty. there is a good many troops here now. there is about 30 thousand come here 3 or 4 days ago. i guess there is 90 thousand on the roads. there was rebels close here last wednesday morning. they fired at the fort. they fired from the fort stoped their fireing. we followed them 5 or 6 miles and had a litle fight. some of them got between us and town. i believe there was none hurt of our regiment. there was 4 or 5 killed and wounded. i hant time to write any more at preasant or the male will go, so good by for the preasant. i will write again soon thomas Vance write soon good bye.

it is with pleasure that i once more take my pen in hand to write you a fiew lines to let you know how that i am at this time. i am well and hope these fiew lines may reach you all in good health. we have moved about 5 or 6 miles from nashvill on the franklin pike. neglys division is here. we are the advance on this road. we have been here 4 or 5 days. we don’t know how long we will stay here. we may go to murphysborough. they say that the rebels has a strong force there . we was a foreign [foraging] yesterday and was with in two miles of their pickets. i hant time write mutch now. i will write again. good by dear father